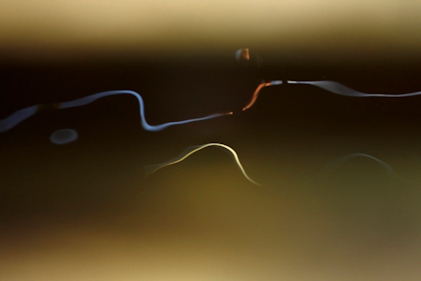 The bathroom walls are a battle. Between dissent and Magic Erasers, between wrath and paint, between the kids and the janitors.

I sit on the toilet and read—about the protests back in November, about the institution protecting rapists, about Chance the Rapper, about which Instagram accounts to follow, about whether or not Jeff Sessions is Hitler-incarnate, about the taco place downtown that gives you diarrhea. Do NOT go!!! I read the messages one day and watch them morph the next; the graffiti augmented by agreement, argument, or thick lines of deletion.

In the library bathroom, there are grout puns between the shiny gray tiles. There’s no grout about it. They’re grouuut! We’re in a Grought. Deep blue smudges still remain from the graffiti urging readers to “SHUT IT DOWN MAY 1ST” that has been scrubbed away. Meanwhile the “SHUT IT DOWN FEBRUARY 23” message still remains in fine mechanical pencil on the opposite wall.

In the bathroom with the red stalls, the walls have been arguing about the President—he’s a fascist!

Do you even know what a fascist is?!

No one puts her phone number to call for a good time. No one scrawls initials with hearts loving other initials. No one talks about how Jessy or Chris is an easy lay. No one says she was there.

In the bathroom with the white walls and the mint green stalls, someone wrote of their sorrow, of life not worth living, of billowing uncertainty. Someone drew a heart. Another person replied she’s been there and it’s going to be okay; keep your head up, girl—they wrote a long message that curved into a wobbly crescent around the original message.

I stared and read, head craned, and reached for the toilet paper, my fingers caressing the coarse cardboard of an empty roll.

I still can’t read it.

I flush the toilet, walk out of the stall, and with each person I pass in the hallway I wonder are you the ————?!
___

Courtney Kersten is the author of Daughter in Retrograde, a memoir forthcoming from the University of Wisconsin Press. Her essays can be seen or are forthcoming from The Normal School, River Teeth, Hotel Amerika, DIAGRAM, The Sonora Review, Black Warrior Review, The Master’s Review, and elsewhere. She was a Fulbright Fellow to Riga, Latvia, and is currently a doctoral student in Literature, Creative Writing, and Feminist Studies at the University of California, Santa Cruz.