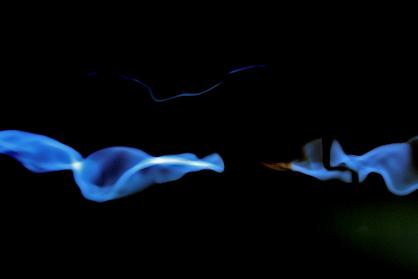 Because I used to stare at Mendy Frankl’s Adonis curls in statistics, because I had a pair of silver boots from Baker’s I got on clearance for $14.99 and Sharpied them to near-extinction, because I dreamed of being the kind of girl who had a red high heel on the end of a keychain, as if that were really even a kind of girl, I sometimes felt sad.

I was afraid of sandpaper and death. The former, because my fingers were always a little dry, and the latter, because of eternity. The scariest part of anything was always forever. Sometimes at school, I stood up on the toilet seat so that my feet were invisible. My lunch usually required a fork, and this was strange because most kids had sandwiches. I was a nail-biter, tomato cheeks all summer, and mediocre at the piano. My piano teacher was stern and had dyed black hair. Her pink nails clacked on the keys, and it mesmerized me. I liked playing the A minor chord over and over and pretending that a villain was coming.

Because I had a wallet made entirely out of duct tape, because I had no idea how to hold a pool cue, because I got cork in the wine, because I still accidentally disappeared sometimes, I thought I might not be lovable. I couldn’t be sure, because I used shampoo that came in a red cylindrical bottle and smelled like vanilla bean and coconut and felt superlatively beautiful in the shower. I folded the pages down when I was done reading for the night and relished the sound of the lamp clicking off. I imagined that, one faraway fall, someone would sweep me through starry Central Park in a wagon.

I stole several times, once from the Judaica shop where my mother was browsing menorahs. I plucked a watermelon sucker from a tiny plastic dreidel full of candy. I popped the pink gem into my mouth and stuffed the candy-wrapper between two very somber looking volumes of Jewish law. Afterward, I didn’t cry.

Because of honeysuckle, because I loved the way a wet sponge felt squeezing out in my hand, because of thick towels and the wind, I sometimes felt happy. I wrote fan letters to dead crooners and imagined the contours of ease. I slipped frequently into the blue belly of a Saturday night.

I sent a mixtape of love songs to a stranger with a deep voice and a toe ring. I got naked onstage in a tiny theater. I let a flamenco dancer plaster cast my breasts. I jumped off a fifty-foot cliff. I was still afraid of mirrors in the dark. I was decent at standing up straight, and decent at pretending.

Sometimes I drew on the walls. Sometimes we ate plain noodles with chicken and ketchup. Sometimes the line of treetops on the drive home meant I had never been lonelier. Sometimes I saw people who weren’t there. Sometimes a song would catch behind my eyes and not leave for days. Would I be loved? Sometimes, on my bed, inside the lavender walls, I would lie very still, trying to keep my eyes uncrossed, all of my attention on what might come.
__
Temim Fruchter is a writer who lives in Washington, DC. She believes in magic, queer possibility and hot noodles. She is in the University of Maryland’s MFA program for fiction, and her chapbook, I Wanted Just To Be Soft, came out on Anomalous Press in April 2016. Her work has appeared in [PANK], Tupelo Quarterly, The Washington City Paper, New South, jmww, Newfound, The Account and the Tishman Review, among others.