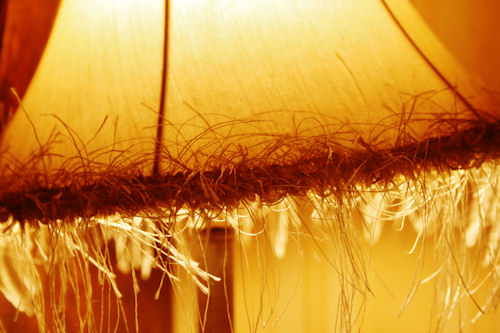 … the six pathologists at Colorado’s Air Force Academy had voted differently on the diagnosis of the biopsy from your cheek–the same cheek you popped with your thumb before shuffling cards for Gin Rummy, if they had voted four melanoma, two sarcoma instead of the other way around, if they had not voted wrong on your life as if it were a city council zoning issue that could be appealed, if you had gotten the right treatment sooner and the oncologist hadn’t needed to apologize for the mistake months later, after the broken cells copied and copied and copied, traveling through your blood stream to new places where they copied and copied, then Dad would not have gotten so red-faced, zombie drunk on Pinot that he tipped the podium while slurring words underneath a tent at the family reunion by the river, frightening the children; you would not have canceled Easter–Resurrection–turning us away when we needed to be needed; I would not have been alone at the Cleveland Clinic, having dropped to eighty-eight pounds of grief; I would not have found these four audiotapes from your therapist and marriage-counseling sessions that I want and don’t want to play; the kitchen table would not be flanked by Dad’s filing boxes he forbids us to touch, the plastic boxes I must hurdle to answer the phone; Dad would not have dated Susan, Mary Beth, Maggie, and Jane, in a row or simultaneously while lying; your Worth Collection wardrobe, a half size too big for me, would not be worn by chain-smoking residents at Good Shepherd’s; I would not have pushed you to eat scrambled eggs and do physical therapy–cane, right, left; cane, right, left–when all you wanted to do was die yet neither of us would admit that until a Friday afternoon in July when you said you didn’t want to live, and I said you didn’t have to;  your granddaughter would have some memories of the person whose photograph she carries from her bookshelf to the easel, holding it close to her naked chest; Dad would not have said what he did to your daughter-in-law, causing her to slam doors and cry; I would not have found your notes from my visit to a shrink when I was ten, notes I want you to explain to me so I can understand why you took me, what was wrong with me, what’s still wrong with me; my son would recall more about you than your final days in a wheelchair watching a front-yard baseball game from your rose garden in which you had no interest because you wanted all of this–us, you, life–to end; we wouldn’t need guest passes to the Jonathan Club because you’d join us, swimming laps in the Pacific, your white swim cap my buoy; I would trust doctors; I would not have watched Sponge Bob in the den, crying while trying not to picture Dad having sex upstairs in your mauve bed with Mary Beth, whose hand he held in front of the Kodak Theater, the woman who hugged my son as I peeled his fingers away from her bicep,  the woman who told me her stepmother was the most wonderful blessing in her life, the divorcee with no job and no money who told Dad to put wall-to-wall carpet over your maple floors so she could move in, and I wouldn’t be sitting here remembering the way I ran ahead of you across the field at Lacy Park, a yellow kite in your hands, its spool of string in mine, both of us hoping the wind would pick up, and you saying, “keep going, don’t stop.”

Jenny Patton, a second-year MFA student in creative nonfiction at Ohio State University, is a Peter Taylor Nonfiction Fellow for the 2011 Kenyon Review Writers Workshop. Her work has appeared in Ohio Writer and Prism Review.