In the Company of Others 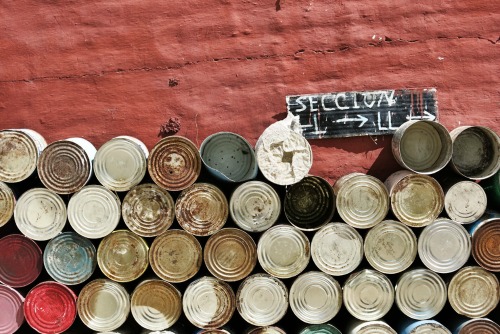 They drag us raped girls up here in front of the freshman class, we have been taught to regurgitate our stories and so we do that now, our penetration, I said no, but, he kept going, spilling out of our mouths and onto the stage. It is their fourth day of college orientation.

One year we all speak barefoot.

But sometimes I get the feeling that us raped girls are the point. Yes, the freshmen should not be racist or homophobic or xenophobic or transphobic, afraid of all those kinds of people who are not like them, but mostly, it would be nice if the freshmen, these boys, would not rape us anymore because please, that is a liability, and please, we would like to keep our statistics low, and maybe, okay, fine, if they need to do it, could at least they pick a girl not like us, a girl who will stay silent.

The trouble is, we probably looked like girls who would stay silent at the time.

For three years I regurgitate my story, one year in a frilly red dress and perky ponytail, the director looks at me and says, oh, you’re going to break their hearts, because in my red dress I was pretty and innocent enough to be a heartbreaker, in my short skirt and crop top I was asking for it enough to be a victim, in my lost weight and cut hair and big sweaters I was drinking myself through it enough to be an outcast, in my bare feet and shaky voice I was naked enough for boys to listen and maybe then they went to a frat party and decided to not rape that girl in the corner after all. Or maybe they did it anyway.

The truth is that nobody actually dragged us up here. We volunteered.

My freshman year, I did not go to listen to the raped girls. He went, and after it was over he came back to the dorm where we both lived and he told me that he understood now, and he was sorry, and he hadn’t known what it meant. That raped girl did her job, I don’t know what she wore but I guess it was enough to break his heart, and it was just one stupid night too late.

Cade Leebron, a recent graduate of Wesleyan University, is now earning her MFA in nonfiction at The Ohio State University. Her work (nonfiction & photography) has appeared or is forthcoming in Inside Higher Ed, HYSTERIA, The Manifest-Station, and Qu: A Contemporary Literary Journal.