The Role of Fiction in Suicidal Ideations 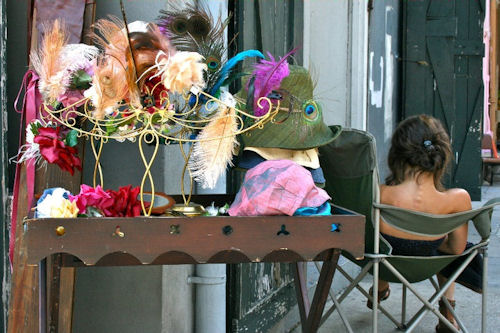 I get ten new suicidal adolescents a week in my creative writing class at the psych hospital where I work. Their arms are mutilated. Their minds tortured with self-hate. Some are gothic, others only misfits who are picked on at school. They’ve been taken from their homes by DHR, betrayed by drug-addicted parents. It exposes deep emotional wounds—physical abuse, rape, a broken relationship, or parental hate. Their stay is short. Usually three or four days. But, still, they feel like lunatics, losers, the lost, the damned. And it’s my job to build self-confidence.

I’ve taped pictures on a whiteboard in the classroom that I’ve cut from The New Yorker magazine and from the NY Times—pictures that illustrated the fiction written and reviewed within their pages. On the backs of the pictures, I’ve written a set of writing prompts. They choose a picture, and I set a cooking timer to twenty minutes and say, “Go.”

Today I have a fifteen-year-old girl who arrived from her local ER to our psych hospital at 4:30 this morning. She traveled through the night to join my creative writing class at 8:45, and she sits dazed and confused from her trauma. She hung herself after her boyfriend broke up with her. Fortunately, her mother found her swinging from her closet rod and called 911 while her stepfather cut the belt from around her neck. She was not breathing. Who knows how long she’d been unconscious? Her mother and stepfather began CPR. Her stepfather’s lips upon her mouth. Breathing for her. Compression. Breathing for her. Compression. Breathing for her. Compression. Her lungs filling. A cough, then she began breathing on her own, and her enormous brown eyes opened. Now she has a three-inch bruise around her neck—the perfect imprint of a belt.

“I can’t believe I’m here,” she says when I ask her a question.

One of the other adolescents says, “It’s not a bad place. You’ll get used to it.”

The girl with the bruised-neck clarifies what she meant when she said, “I can’t believe I’m here.” She says, “No, not here in this hospital. I mean in this world.”

We are quiet. We can only stare at her. I ask her to pull her hair back so I can see her neck better. She reveals the bruising. We crane forward to get a better look. It’s a splotchy bruise, but defined. A belt has been there. No doubt.

“You’ve had a long night. Are you sure you can write me a story?”

She doesn’t hesitate to answer. “I can write,” she says. She begins writing, but stops after writing a half page, then says, “I must lie down.”

A psych tech takes her back to the unit.

I don’t try to figure out their lives, but I do point out the similarities between their stories and their real situations. Mostly I create what the Germans call lebensraum, room to live in. It’s a place where anything is possible, a place where they can be themselves—free of judgment. A place where they belong, where they can feel without mutilating their bodies, a place that reminds them that they are alive and things will get better. It creates a reference point they can return to when future tragedy hits. They can say, “I’ve felt this before. I’ve written about how this feels. I’ve been depressed and gotten better.”

The girl with the bruised neck is being discharged today. She’s been here a week. The bruise on her neck has diminished. She’s better. She’s smiling. She’s a great writer. She’s written a handful of stunning stories in my class.

She hands me a note.

I take it and read:

Mr. Robert:
Your class freakin’ rocks! I have so much fun in there that all my problems disappear for those few hours. Thank you.

“That’s so sweet of you,” I say, closing the note.“It’s true,” she says.Her note creates lebensraum for me.

I watch as she leaves the hospital with her mother and stepfather, who probably combed the house for things that might double for a noose. They’ll probably never look at a belt in the same way, and I know they won’t sleep soundly for a few weeks. Maybe never again.

** Read an interview with the author on the Brevity blog discussing the background of this essay and the 360 West writing workshops.