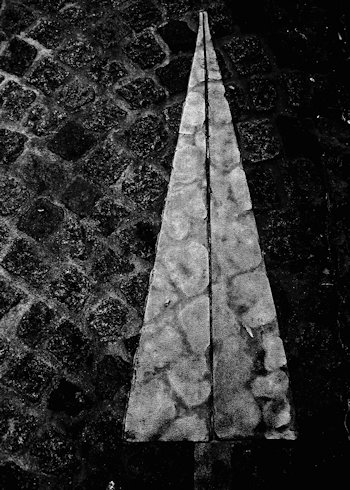 The officer yells, Next!

I unbutton my shirt as I walk. The officer follows me into a stall and yanks the rubber curtain behind him. Shower rings screech against metal; the curtain barely moves. I don’t care. There’s no privacy anyway: two men in a cinder block booth.

I take off my prison-issue sneakers. The rubber is cracked and the canvas ripped, but I’m not due for replacements until winter. Earlier that day, my mom noticed as we walked circles in the visit yard. The dew on the grass soaked through my socks until every step was like a sponge being squeezed. I told her I don’t mind, cheeks burning as I smiled.

The officer shakes my shoes, slams the soles together, cracking them further. He laughs and mocks me, says I must be fuckin’ rich to come down in broken shoes like these.

I hand him my shirt. I bought it off someone in the dorm so I’d have something nice to wear. It’s a yellow polo one size too big, now that I’m down to 155. I don’t remember how many stamps I traded; I would’ve paid any amount. During my first year here, I came to visits in my state-issue green button-up, last name and DIN number printed on my chest. I was used to it, but my mom’s eyes froze.

“Isn’t there anything else you could wear?” she asked lightly.

So I bought the yellow shirt and watched her spine decompress.

“Look at that,” she said the first time she saw it. “You’re a real person again.”

The officer runs his hands through my pants, presses the stitching with gloved fingers, as if admiring the skill of the inmates who made them. He yanks at the elastic waistband, and I stifle a sigh. My pants are too loose as it is, and they won’t let us have belts. They claim it’s a suicide risk, and they’re right. I can only speak for myself.

The first time I was strip searched, the frisk officer forgot to say that—the part about not shaking. I was anxious to show him I had nothing to hide in my socks, not even in the toe, so I shook, and the air filled with damp balls of lint. I never shook again.

A pause in the stripping, only boxers on now. I raise my arms and he checks my armpits, then the space between my fingers. I savor sticking my tongue out at him, just for a moment, then point it toward the ceiling so he can look underneath. It’s the little things that get me through.

Drop ‘em, inside out.

I take my boxers off. It never gets easier. Even now it’s stepping off a cliff, my stomach turning over as I fall. I’m naked against my will in front of another man—a stranger, here to inspect me on behalf of the state.

My boxers are dingy, threadbare and almost see-through, dotted with rusty urine stains. I’m embarrassed but it’s not my fault: the washing machines here don’t have soap. The officer handles my boxers gingerly, repulsed even through his gloves.

Lift your dick, then balls.

Normally a frisk officer just says, Lift, and I lift both together. This is too thorough—mocking, unnecessary, and he knows it. My penis couldn’t be any smaller than it is right now; nothing could hide beneath it. The officer smirks. I use one shaking finger to lift separately.

Pull the skin back.

Every inmate and officer in the strip frisk room can hear him. It’s been decades since I felt embarrassed to be uncircumcised: other toddlers pointing, asking questions, my parents no longer letting me play naked. I pull back my foreskin anyway because I don’t have a choice.

This final command shortened to its essentials, the officer too disgusted to say more. I turn to face the wall. I bend at the waist and spread my cheeks open with my hands. I remind myself not to clench. If I clench, he’ll get suspicious. He’ll pry me open wider, dig with rubbered fingers until I feel the scratch of his nails. He’ll claw his way inside everything I am.
__

Michael Fischer was released from state prison in 2015 and is currently earning an MFA in creative writing from Sierra Nevada College. He is managing editor of Sierra Nevada Review, a Moth Chicago StorySlam winner, and a Luminarts Foundation Creative Writing Fellow. His essays appear or are forthcoming in The Sun, Hotel Amerika, Hobart, The Rumpus, and elsewhere.