Close Encounters of the Nonfiction Kind 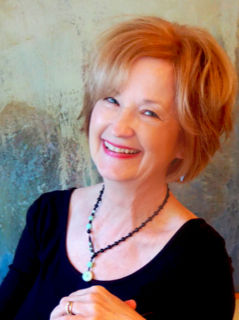 In 1972, astronomer J. Allen Hynek published The UFO Experience, which included a classification system to describe three levels of “close encounters.” Though I am a skeptic regarding UFO sightings, Hynek’s scale intrigues me for what it suggests about how nonfiction writers might recognize promising subjects when they appear and encourage encounters of the deepest kind.

Hynek’s scale is arranged according to proximity. As is the case with a first-, second-, or third-degree burn, the larger the number, the closer the proximity and, thus, the deeper the penetration of the event. In close encounters of the first kind (the most common) a witness sights, from a given distance, an object that shows “appreciable extension and considerable detail.” For a nonfiction writer, an encounter of the first kind represents an object that catches your attention—a place, idea, character, event, image, memory, whatever happens to fall into your orbit.

When I began researching what eventually became an ancestral memoir, The Tribal Knot, what fell into my orbit was not just one object but what felt like multiple asteroids or flaming-tailed comets: hundreds of family documents and artifacts dating back to 1848. Talk about “appreciable extension and considerable detail”! How could I not notice? At this point, I imagined my role as fact-collector, transcriber, family historian. I would simply record and report: an encounter of the first kind.

When something falls into your orbit—you overhear a conversation, say, or witness an event—you might think, “I should do something with this.” Maybe you record it in your journal or begin a draft; you may even finish the draft, then move on to something else. First-encounter work is common and even necessary for writers, like me, for whom writing is an ongoing apprenticeship of practice and exploration. Not everything we write will reach the level of our deepest work; some work remains a first encounter, written “from a given distance.”

But when you find that you can’t let go of your subject—or, as Samuel Butler wrote, it “refuses to go away”—you may be moving toward a deeper engagement with the work-in-progress. A UFO encounter of the second kind sometimes reveals itself as a reaction—animals acting strangely, a vehicle gone haywire, or physical and psychological effects on the witness: a feeling of heat, say, or physical discomfort, or, in some cases, excitement, awe, even ecstasy. For me, the reaction took the form of obsessive imagining, dreams, and the impossible task of putting the objects out of my mind. Your reaction may be different: an itchy curiosity to probe a mystery, a heavy feeling of grief or loss, a rapturous fascination.

Another element of second-kind encounters is physical evidence, say an impression left in the ground; it may form a design or pattern. In the case of The Tribal Knot, moving from first to second encounter felt like discovering the design hidden in a Rorschach inkblot. The more closely I looked, the more I saw. The documents were touching each other in intriguing ways, as if being drawn, like iron filings, toward a magnetic center: the primacy and complications of family in all its various guises.

Is there a design hidden in the object that falls into your orbit? An organic shape or movement that it resembles? Or, if several objects appear, what magnetic center might draw them together? Look for clues: thematic repetitions, for instance, or recurring characters or images. You might discover, as I did, that the center of the work connects with concerns and obsessions that form your personal magnetic center. Most writers, I believe, have at least one of these centers, something that draws their life experiences toward it, and the subjects that move a writer past a first encounter into a second or third often connect, in some way, to that writer’s magnetic center.

Okay, let’s say that you’ve experienced encounters of the first and second kind with your work in progress: The objects in your orbit have extension and detail. They cause reactions or leave impressions that create a pattern or design. Still, you’ve not yet experienced a close encounter of the third kind, in which a witness makes contact with an animated creature. For you, the creature might be a place vibrating with life, a character who takes center stage, a question that keeps tying itself in knots, or a form that derails your original intention. In my case, the creatures were long-dead ancestors, living and breathing through the letters and other objects that touched their lives. To experience an encounter of the third kind, I needed, as W. H. Auden wrote, “to break bread with the dead.”

How to do this? Indeed, how does any writer make contact with their subject and experience communion? First, by acknowledging the subject as an animated force, a life form with a language and structure different from ours but from which we can learn. This requires listening closely during the writing process, watching for clues. For me, this meant discovering a structure I’d never used before in my writing. Here’s how it felt: I’m traveling with my ancestors in a space/time vehicle I’ll call the narrative. Sometimes they’re in the driver’s seat, talking through their letters and documents, and I’m in the backseat listening, recording their words. But sometimes I climb into the passenger seat and strike up a conversation on the page—sympathizing, talking back, arguing, questioning, speculating, expanding their stories through what I’m discovering through research, and even imagining their lives from the inside out: “Is this how it felt?” I might ask before entering the landscape of interior thought.

And sometimes, because by now I’ve allowed myself to be abducted by these creatures, they have claimed me as their own. Go ahead, they say, take the wheel. So, near the end of the book, I get into the driver’s seat and they climb into the back. I’m alone now, writing through the darkest moments of my own life. I feel lonely and afraid, but not as lonely and afraid as I might be if I were not traveling with others. I keep checking the rearview mirror, and yes, there they are, asleep but still alive, still breathing.

By the end of writing The Tribal Knot, I knew I could never go back to a first or second encounter with my subject. The deeper I drove back in time and across the spaces of my ancestors’ lives, the closer I moved not only into their lives but also into my own. And no matter how long and messy the writing process was, when it was over I felt at once heavier in spirit and lighter. Though I remain a skeptic as to UFO encounters, I now understand those who claim to have had such an encounter and who testify that their lives were forever changed, and I sympathize with them when the encounter ends, when they are left with only a light, a pulse, a blip on their life’s landscape. “In a blink it was very small,” one UFO informant claims. “And we watched while it disappeared.” ___

Rebecca McClanahan’s eleventh book, In the Key of New York City: A Memoir in Essays, was published in 2020. Her work has appeared in Best American Essays, Best American Poetry, Georgia Review, Gettysburg Review, Kenyon Review, Boulevard, The Sun, and in anthologies published by Simon & Schuster, Beacon, Norton, and Bedford/St. Martin, among others. Recipient of two Pushcart prizes, the Glasgow Award in Nonfiction, the Wood Prize from Poetry Magazine, the Carter Prize for the Essay, a Governor’s Award for Excellence in Education, and four fellowships from the New York Foundation for the Arts and the North Carolina Arts Council, McClanahan teaches in the MFA programs of Rainier Writing Workshop and Queens University. She can be reached at RebeccaMcClanahanWriter.com.