Going Cold: Writing Emotion, the Earley Scale, and the Brilliance of Edwidge Danticat 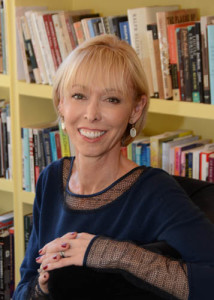 In a scene that is central to Edwidge Danticat’s novel Breath, Eyes, Memory, eighteen-year-old Sophie Caco’s mother guides her gently to her bedroom and “tests” her for virginity—with a finger, just as Sophie’s grandmother tested the mother and her sister every week.

It’s an invasion that shatters Sophie’s sense of boundaries and will make her loathe her body and sex, much as she loves the man she marries. But Danticat makes an interesting choice: She never describes the test itself, only the mother telling a mythical story to distract her daughter.

And during the test Sophie says nothing of her emotions. Afterward, she pulls up the sheet and thinks that now she grasps why her Tante Atie used to scream when she was tested.

Why would Danticat leave out those charged words that get right to the point, words like terrified, invaded, enraged? Early drafts (at least mine) and student writing are often marked by descriptions of strong feeling. Characters gaze at each other with overt love. They feel proud, ashamed, joyous and heartbroken, and the writers come out and say so.

What could be wrong with that?

Chekhov, in two letters he wrote in 1892, critiqued a story for a writer named Lydia Avilova, and told her exactly what was wrong with that: “When you describe the miserable and unfortunate, and want to make the reader feel pity, try to be somewhat colder—that seems to give a kind of background to another’s grief, against which it stands out more clearly. Whereas in your story the characters cry and you sigh. Yes, be more cold.”

He went on, “The more objective you are, the stronger will be the impression you make.”

The writer Tony Earley offers his writing students a numerical scale that illustrates the be-more-cold principal. He actually draws it on the blackboard: two vertical lines, each scored with markings from one to ten. One scale represents the character’s expression of emotion, and the other, the reader’s depth of feeling.

It works like this: The total of the two scales must equal not twenty, but ten—always ten. This means only one person gets to do all the emoting: the character or the reader. The writer can’t have it both ways.

So when Danticat skews cold—low on the character’s scale—the reader’s sense of horror on Sophie’s behalf soars high, toward ten.

This is the clinician’s coldness, the ability to closely examine a character for responses that betray an inner state. It’s the writer’s description of those responses, not of the underlying emotions, that leaves a reader plenty of room to step in and feel the emotions for himself.

Memoir requires the same icy ability to step back and construct just the facts, letting the reader construct the emotional response. Marion Winik, in First Comes Love, writes of helping her terminally ill husband, Tony, end his life with the bitter contents of sixty capsules of Nembutol mixed into a bowl of strawberry-banana yogurt with half a jar of jam and several spoons of sugar. Not once during the death scene does she describe her grief; instead, she describes Tony’s folded hands, his warm skin, his face in candlelight. “I never thought I would want to touch a dead body,” she writes. “Now I didn’t want to let one go.”

Vivian Gornick’s father died when she was thirteen, and in Fierce Attachments she describes in detail, for pages, her mother’s histrionics. “The crying was rhythmic, repetitious: it began in a low moan, quickly reached a pitch of shrillness, then receded in a loss of energy that recouped into the original moan.” We are left to imagine the effect this would have on a young girl. Later she writes, “As each new face placed itself directly within her view, my mother felt required to deliver up a fresh storm of tears and shrieks. My terror leaped. Now surely she would spin off into a hysteria from which there would be no return.” It is the only time emotion is stated, and it is brief: My terror leaped. “At the funeral parlor she tried to climb into the coffin,” Gornick writes, giving us no emotional cues to her own distress. “At the cemetery she tried to fling herself into the open grave.”

And Heather Sellers, in You Don’t Look Like Anyone I Know, a memoir about face blindness, writes without apparent feeling about her girlhood, when her mother lay in the dark day after day. “I could poke her with a pencil or tap a book on her forehead, and I did, and she would not move; her eyes were open. She wasn’t dead but she was. It was strange, boring and smelly; an aroma of old peaches and fur.” On the Earley scale, Sellers is writing at a zero or one, and the reader grows increasingly distressed on her behalf.

Indeed, I’ve found in fiction that creating a silence like Sophie’s silence during her “testing” makes it easier to reveal feeling. This came up when I first wrote about Rainey Royal in my story collection Normal People Don’t Live Like This. At age thirteen, Rainey lay pinned to the ground by her father’s 39-year-old best friend, Richard.

Rainey’s a bully at school; I wanted to explore what had to be damaging her in private to cause her aggressive behavior. I searched my psyche and found something close to home, something shattering of which I had barely talked: an older, psychologically powerful man; a windowless stockroom in his Upper West Side store where I worked as a teenage salesgirl; the sign on the door turned to Closed in the middle of the day.

Rainey’s known Richard forever. They’re in Central Park; it’s isolated and nearly dark, and she’s halfway sure what he’s doing is not rape. For one thing, she’s heard that if a girl squeezes her legs together, rape is impossible. (It’s the early 1970s.) For another, she’s fascinated by the sexual power she holds over men: “She wants to set fires and she wants to control how they burn.” On the other hand, she very much wants to escape, and Richard won’t listen to “no.”

Through much revision, I came to understand that I could not place her distress directly on the page: I had to let her mind wander in silence, revealing her emotions indirectly. And so Rainey says almost nothing to Richard. When Richard says, “You radiate power and light,” she drifts into a meditation on what her sex-ed teacher said about men’s erections, and how she has flirted with Richard in the past. Minutes pass as Richard holds her down and explores her body.

“Jesus. Somebody make me stop,” he says. She tries, nonverbally. She “pounds on his back but her freed fist is soft as clay.”

On the Earley scale, I try to keep the writing close to a one, as I do in my new novel, Rainey Royal, as she deals with her mother’s abandonment, continued intrusions by Richard (renamed Gordy), and a sexual assault by one of her father’s students. (It’s not as dark as it sounds; Rainey is sustained by a deep friendship and her own talent in art.)

It took a long time to come up with words to describe the assault without using emotional language. She feels like pieces of her body might be falling off, like turrets and bell towers from a castle. Or Gordy’s tucking-in ritual, which makes her feel porous and ashamed. What she really wants to know is, where is the place beneath a girl’s armpit that the back ends and the side begins?

As the poet Marianne Moore wrote: “The deepest feeling always shows itself in silence;/not in silence, but restraint.”

Dylan Landis is the author of the novel Rainey Royal, and Normal People Don’t Live Like This, a collection of linked stories.

previous post About the Artist: Issue 48
next post The Shared Space Between Reader and Writer: A Case Study