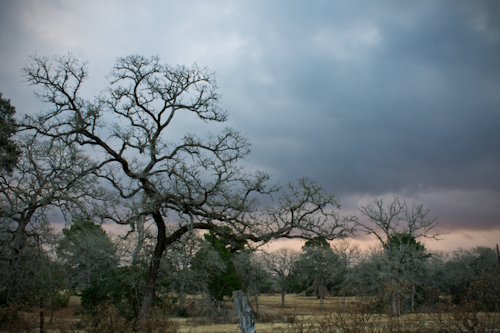 A taxi, its driver silent at the bruised and bandaged sight of you, navigates the ten blocks to your apartment building. You exit from the cab slowly and stiffly, a parent grasping each arm. In the lobby, the doorman nods. Other tenants stand there, watching. What you don’t know is that all this time you’ve been at the hospital, others have come to your building. Police. Reporters.

The elevator brings you to your tiny one-bedroom on the 29th floor that somehow still feels bare and new and temporary two years after you signed the lease. Most of the belongings that remained after you gave away the hundreds of books and the furniture that would overwhelm any Manhattan residence—but had suited your place in Massachusetts just fine—are still stored in your parents’ suburban basement. You haven’t even decorated the rental-grade white walls.

Your answering machine blinks. The reporters really want to talk to you.

You haven’t eaten for hours. You’d planned a late lunch after the midday run, never anticipating the encounter with what the police shorthand as an “EDP,” an “emotionally disturbed person,” or the ensuing trip via ambulance to the ER. You agree to some plain spaghetti.

Your father heads out to the drugstore, so that you can begin taking the antibiotics you’ve been prescribed. Your head throbs. As the doctors warned, the bruises beneath your eyes are deepening. Your mother bustles around, preparing an ice pack. That’s what the ER discharge instructions advise.

Your mother insists, too, on staying overnight. Just in case. In case you need anything. In case you find yourself in more pain. In case the bleeding—oh, that bleeding!—recommences and you need to be rushed back to the hospital. Also, she points out, the reporters keep calling. She’s so polite, answering the phone for you and thanking them kindly, but explaining that you have no comment.

You’ll end up in the newspapers anyway. It’s quite a story, when a privileged white woman is slashed across the forehead in broad daylight on the East River jogging path, footsteps from the mayor’s official residence, and the “EDP” remains at-large.

After the spaghetti, and the antibiotics, you swallow a Percocet. Another. You try to sleep. You try for hours.

You realize you have never in your 39 years passed an entirely sleepless night. You’ve taken pride in the fact that your academic and professional assignments were always completed in time to avoid what you considered the catastrophe of an “all-nighter”; not even the adrenaline of a romantic encounter could keep you from catching at least 40 winks. But now, with almost as many stitches holding together the skin between your hairline and the corner of your left eye, and a broken nose, your nerves are sufficiently jangled. Probably ten Percosets wouldn’t do the trick.

While your mother sleeps, you relocate to the computer. Back in Massachusetts, you wrote in a dedicated home office overlooking the treetops. Here, high above the river, the table that serves as your desk offers a view of the water. Across its quiet surface the lights of Queens—and an enormous COSTCO sign—sparkle against the sky.

It’s true that you don’t want to speak to the reporters. But you do have things to say. In the predawn hours you say them here, at your computer, drafting and revising a message to those you hold dear.

You tell them what happened, that they shouldn’t worry, that you’ll recover. But the key words are buried in the seventh paragraph, when you tell them, maudlin as it may sound, that you feel blessed to be alive. That all of them, every one behind the anonymous wall of the blind carbon copy, have been and remain so important to you. That you are grateful.

You hit “send.” Above the river, the sun emerges.

Erika Dreifus is the author of Quiet Americans: Stories, which has been recognized as an American Library Association Sophie Brody Medal Honor Title, a Jewish Journal Notable Book, and a Shelf Unbound Top Small-Press Book. “Before Sunrise” is one in a series of linked essays that stem from an assault she experienced in early 2009.