A Brief History of Water 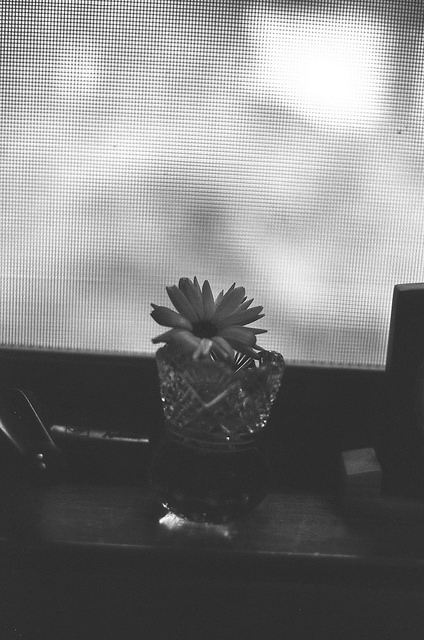 Last Sunday a displaced water snake interrupted our nightly walk. My beloved and I watched it roil under the street light, metallic in its shimmers. Overhead, a companionable moon, which can move seven-tenths of the earth’s surface without lifting a finger. Also overhead but not so far away, the firmament, which possesses a simple job description: divide waters above from waters below. What are we but walking bags of the stuff, over 60 percent liquid. Sow a rill, reap a tsunami. My cat turns up her nose after I’ve freshened her dish, but will risk life and limb to lap from the toilet. Pick up a water snake, it will musk you every time, a stink worse than pee. Unlike desert snakes, it can afford to lose the liquid. I picked it up anyway. My first computer password was Chacmool, Mayan rain god. Drowning is easy. Drunks can pull it off with a puddle. The wives of sailors lost at sea require no more than a thimble of stars. I first attempted drowning at age three by falling in a river. My father fished me out so damned quick his wallet stayed dry. Thanks to surface tension, certain insects stay dry all the time, striding the water like the Son of Man. What is a cloud but an overhead lake that likes to cross-dress? Now a race car, now a refrigerator, wait make that a goose, make that a gnome. “Making water”—a euphemism that manages to sound generative, resourceful, and Native American all at once but is only pissing. In August, snow fields in the Sawtooths grow a pinkish mold that tastes of watermelon. The night we found the water snake I must have looked like an idiot walking home: one hand holding the snake at a stinky distance, the other holding my wife’s hand. Or not so much an idiot as a crippled plane searching for a runway. Water, one of those rare gods you can drink from a tap. During my first trip to London, I stayed in a Bayswater flat where Ernest Shackleton, the explorer, lived with his brother. Even the warmest days in that flat nipped like Antarctica. Noah: first mortal to heed a sketchy weather report. Icicles, artesian springs, vapors rising off a lake: before all three I’ve bowed my head and said amen. I love snakes but feel sorry for them because they don’t have hands, one of many errors in misplaced sympathy. I once left a love note to my beloved in an abandoned ice house in Red Wing, Minnesota. She found it twenty-eight days later. Certain skeptics have seen the face of Jesus in a seepy wall. In noir films, I like it when rain dripping down windows melts skin or causes tears to ooze from every pore. I’ve always wanted a water snake to guard my backyard fountain, so I let my captive go beside a daylily called Primal Scream. Capillary action: a wet uprising sneakier than gravity. My best stroke during swimming lessons was dead man’s float. Haunted houses cry in blood. A friend of mine fantasizes the perfect suicide: drown herself in the city water supply so that friends will drink her demise for weeks. Does it count as skinny dipping if it’s just you and the one you love in a pool too small to swim laps in? Certain peat bogs in Ireland will pickle a body better than any funeral home. Every mirror comes with its private lake. Face off two lakes and they will leap each other into eternity. When it rained at Ground Zero, a terrible mist of the lost wafted through the air. To breathe was to mourn. When I swam Walden Pond, I met a man in a kayak in the middle of the lake: bearded, shirtless, hair in a pony tail. When it began to sprinkle, he looked up: “No worries,” he said, palms cupped, as if channeling a conversation from on high. Each morning I pinch off spent daylilies in my garden and look for my snake. The water cycle is the first lesson in reincarnation. What are narwhals but unicorns in an oversized pond? Even bones drink water. Here is my fountain, my man-made spring. Come sip, Gentle One, come sip.

Lance Larsen’s most recent poetry collection is Genius Loci (University of Tampa 2013).  His work appears widely and has been reprinted in Verse Daily, The Pushcart Prize Anthology, Best American Poetry 2009 and elsewhere.  His nonfiction has twice made the Notable Essay list in Best American Essays—in 2005 and 2009.  A professor at BYU, he has received an NEA fellowship and recently directed a study abroad theater program in London.