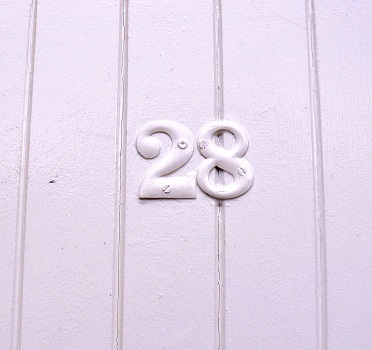 Every day is the anniversary of something. May 26th is the anniversary of my mom pulling out half her hair while giving birth to me. It is also the anniversary of the public hanging of Alse Young, the first person executed for witchcraft in the American colonies. May 27th is the anniversary of my unquenchable hunger, unmet by canned formula. May 28th is the anniversary of Joan of Arc being accused of heresy for once again wearing male clothes and of my sister calling me a slob for wearing a boy’s shirt to elementary school. On May 29th of 1913 a riot was incited by the first performance of Stravinsky’s “The Rite of Spring.” On the same date in 1919, Charles Strite filed his patent for the pop-up toaster. May 29th is also the anniversary of my father’s birth. On March 13, 1877, Chester Greenwood patented ear muffs. On March 13, 1964, my father died. There are anniversaries whose specific dates remain a mystery. Anniversary of the day my dad fell through the ice and couldn’t find the hole to climb back out. Of the day he got typhoid from a pet rat who escaped for a few weeks, then bit him on its return. Things bite on their return. One day I sent out my husband for milk and he returned and asked for a divorce. It seemed out of the blue, but I guess there was a degree of foreshadowing. One evening we were watching Jeopardy! and when I glanced at him he had a look on his face like he’d eaten spoiled clams. We made it through the paper anniversary, the cotton, leather, candy, tin, silk, lace. We didn’t make it to opal. Not coral. Nor sapphire. We didn’t even get within shooting distance of moonstone. On our last anniversary he got me a spatula. I often get sick on April 24th, our wedding anniversary. There’s a name for it, Anniversary Disease, in which people fall ill on or near the anniversary of a trauma. Some keel over for good. Usually, for me, it is just a bad cold. One year I became suddenly, violently allergic to pine nuts and have been ever since. And one year it was shingles without the rash. Pain inside my mouth, on the left side. Acute left-side vaginal tingling. Then inflammation of my cranial nerve. Brain pain for weeks. Onward, I prayed. Onward. Now I think of my wedding anniversary as the anniversary of my Anniversary Disease. I think of it as the day in 1184 B.C. the Greeks entered Troy in the belly of the Trojan horse. Thirty men suspended within the musk of the bodies of the other warriors, huddled there in the horse-shaped dark, and two spies lodged in the horse’s mouth. Anniversary of the enormous wooden wheels rumbling over the earth and through the gates of the unsuspecting city.
___

Diane Seuss’s most recent collection, Four-Legged Girl, published in 2015 by Graywolf Press, was a finalist for the Pulitzer Prize. Wolf Lake, White Gown Blown Open won the Juniper Prize and was published by the University of Massachusetts Press in 2010. Her fourth collection, Still Life with Two Dead Peacocks and a Girl, is forthcoming from Graywolf Press in May 2018. Seuss was raised in the rural Midwest; she lives in Kalamazoo, Michigan.