Are Now All That Remain 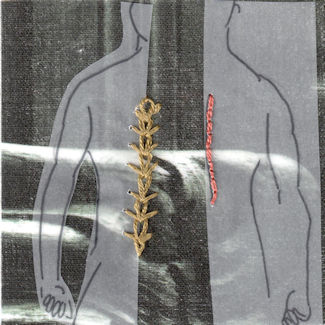 The way he slid Dylan from its cover and fingered the vinyl onto the platter. The way he picked up the needle, more than once, to make sure we heard the sizzle before the song. The way he shuffled into the kitchen in his socks. The hardwood floor of his living room dull and dark. And the way I followed, and Dylan’s voice followed. Johanna’s not here. The way he poured olive oil, palmed pieces of Canadian bacon, and spilled capers then pine nuts into the pan while I leaned against the doorframe. Drunk. The way Dylan paused, then picked up, the notes of his harmonica high. He didn’t know she was saying goodbye for good. Oh, how can I explain? The way we ate in his dining room, a wall of books beside us. He was a slight man, always walking close to walls. Waves of brown hair and thin fingers. A little like Dylan. Even played the harmonica. And when he was on stage, the way he kept his back to the crowd. And the way the notes of our laughter picked up in the dark when we moved together. In the middle of the night, I’d crawl over him and creak the empty hall, fumble for the switch then blink against the black and white of his bathroom. The way he missed her in those empty shower shelves. We sit here stranded, though we’re all doin’ our best to deny it. It’s been years since we left each other alone, and still I go into bookstores and find his name. The way I turn the page and listen. For hardwood floors, olive oil, Johanna.

Jill Talbot is the author of The Way We Weren’t, Loaded: Women and Addiction, co-editor of The Art of Friction: Where (Non)Fictions Come Together, and the editor of Metawritings: Toward a Theory of Nonfiction. Her essays have appeared in or are forthcoming from DIAGRAM, Ecotone, The Normal School, Passages North, The Paris Review Daily, The Pinch, Seneca Review, Zone 3, and more.