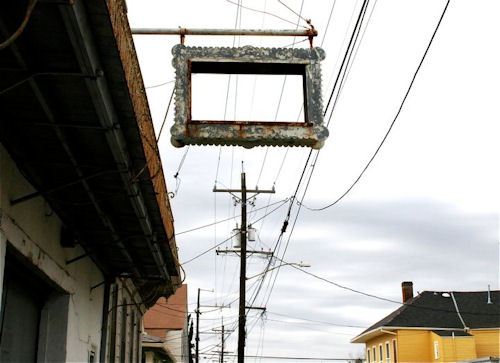 At my hometown community theater, there is a staircase that goes nowhere.  Two separate theater boyfriends have promised—threatened?—to have sex with me in that stairwell, and I put both off with excuses: those steps are filthy; we’ll get caught; I’m wearing a skirt; I’m not wearing a skirt.

My living boyfriend, as distinct from my dead one, looks like James Dean.  For my birthday this year, he convinced the theater manager to let him use the space for an evening so he could make an elaborate date for me.

I walk in to a table set for two placed center stage.

It’s the most romantic thing anyone’s ever done for me, I say, while secretly fearing the stairwell.

He’s cooked, brought dinner over from his apartment in Tupperware, and we eat noodles slippery with olive oil, chunked feta; he’s stabbed a slab of seared ahi with a sprig of thyme.

I’ll be right back, he says and goes to grab dessert.

He’s lit candles.  I watch the flames dart, their soft glow subsumed in the harsh white of house lights.  Quiet creeps over the flats, the unpainted set casting skeletal shadows.  I lived here once, with a different boy.

Before my dead boyfriend died, we’d loved this playhouse.  We auditioned for everything and got cast occasionally; I directed an improv comedy group that he acted in, and we both ran every kind of backstage tech.  On Come Back to the Five and Dime, Jimmy Dean, he ran sound and I sewed costumes.  The show required clips sampled from Dean’s movie Giant.  During a late night sound test, just the two of us left in the theater, the sound system caught in a loop.  My dead boyfriend couldn’t figure out how to shut it down.  James Dean’s disembodied voice echoed over the speakers: stand up for me, he said.  Stand up for me.  Stand up for me.  We have a ghost! the dead boyfriend said, gleeful.

The living boyfriend comes back into the room bearing chocolate cake and company.  Knowing how much I’ve missed theater, he’s invited two of my oldest friends to come play, improv buddies who’d known the dead boyfriend.  We break into the soundbooth and take over the board, plug in the God-microphone connected to the overhead speakers.

We take turns talking over the God mic, calling out ask-fors:  You pull something out your pocket.  What is it?  You’re turning onto the interstate and out of the corner of your eye you see a…what?

For each ask-for, we build a two-person scene and let it spin out until we’re laughing hysterical.  The four of us madcap riff, until the living boyfriend decides to go on a beer run and my two friends step out for a smoke.  Alone, I sit with 110 empty seats.  Someone’s left the God mic on, and the speakers crackle and hiss.

Brooke Wonders is a PhD student in the Program for Writers at the University of Illinois at Chicago where she studies trauma theory and nonfiction.  She is currently working on an experimental memoir investigating the aftermath of suicide.

previous post If
next post Review of Annia Ciezadlo’s Day of Honey: A Memoir of Food, Love, and War