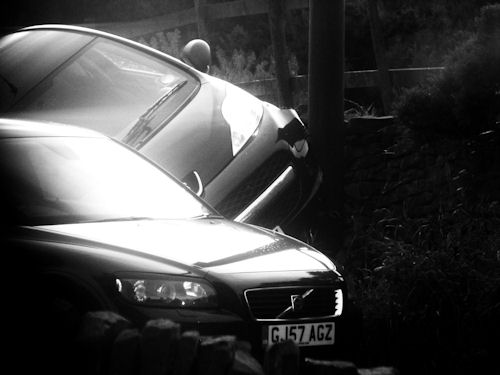 What they did to him they did not do to him, but to his body. I’ll ask you kindly to please avert your eyes. It is 1981—remember this—and we are supposed to be feeling good. Ronald Reagan asks, “Are you better than you were four years ago?” and though Michael Donald isn’t, nobody ever stops to ask him. He is just some basketball-loving black kid in the projects of Mobile. Just some boy—hardly of voting age—who will grow and grow and then stop. No, he is not better, nor are the equally poor Klansmen who pull their Buick to the side of the road. It is nighttime, there are shadows, and while, allegedly, these men are in need of directions to a nightclub, in reality, they are in need of something more. It’s all quite simple, really. Four hours to the north and two years in the past, a black man killed a white police officer. To the Klansmen in the car, Michael Donald was nothing if not black and breathing, so he fit the bill.

There’s nothing here you haven’t seen before: a Led Zeppelin belt buckle, a pair of Converse shoes. The boy in the tree is named Michael, and nobody ever stops to ask him anything. Until they do: Can you give us directions to a nightclub? Can you come a few steps closer?

Perhaps it’s best to spare you the details. I will ask, once more, for you to please avert your eyes. Nobody need see what he saw: the clearing in the woods where they drove him, beat him, wrapped a noose around his neck. And nobody need see what he didn’t: what it looks like for two men to hoist a third in a tree, tie a rope to a trunk to hold a body.

The following morning—the first day of spring—an early riser pedals past, mistaking Michael for a dummy in a tree. She thinks: It’s too early for Halloween.

Less than two weeks later, a bullet tears through Ronald Reagan’s lung, and he, too, is no longer better than he was four years ago. Later that night, as the president’s body begins to heal, Indiana plays North Carolina for the NCAA basketball championship. They do not delay the game. What is the use? It was only an almost-tragedy.

Who was Michael before he was a tragedy? He was a student, a basketball player, a brick mason-in-training. He dreamed of assembling the bricks of his mother’s first home, though he was missing the mortar, the trowel, and the time. Her house would come later, long after her son’s death, once the courtrooms hashed out how much a black boy is worth in Mobile.

Michael Donald knew little of the exchange rate of his body. What he knew, instead, was what it felt like popping the three from the key just like Isaiah Thomas. And even when Michael missed—the ball hitting the back of the rim like the back of a throat—it always just bounced back.

This is all he knew of redemption.

B.J. Hollars is the author of two books of nonfiction, Thirteen Loops: Race, Violence and the Last Lynching in America—the 2012 recipient of the Society of Midland Author’s Award—and Opening the Doors: The Desegregation of the University of Alabama and the Fight for Civil Rights in Tuscaloosa forthcoming in 2013. His short story collection Sightings is newly released from Indiana University Press. He teaches creative writing at the University of Wisconsin-Eau Claire.

previous post On Writing as an Act of Living: An Interview with Terry Tempest Williams
next post Review of Kristen Iversen’s Full Body Burden