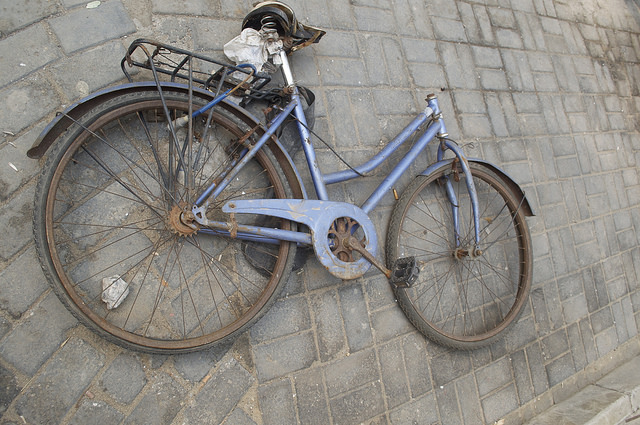 We’re in single file, led by an American flag with stars in the shape of a wheelchair, and headed to the convention hotel that I still think we’re going to picket. I can’t keep up. Someone steps behind me and pushes. I’m jealous of Eleanor on her scooter. We arrive and the driveways are blocked by police and hotel security. I wonder where it is we’re going to picket. Everyone starts moving fast. A police van screeches to an angled stop in front of me. The man pushing my wheelchair jumps me over a curb and steps back. I whip around, and my footrests bump into a waiting police officer. ”Excuse me,” I say automatically. I move to the left. He does as well. There’s a shout beyond us. The police officer and I look toward the front of the hotel. Some people are being handcuffed, but a bunch of us have made it through. I see Eleanor headed for the front door. Her scooter must be on its power-surge setting because her hair is blown back by the speed. My cop goes after them. He leaves the way open, and I know I have to follow Eleanor. I grip my wheels and lunge forward. I feel wind in my hair, too.

Eleanor had called to say the ADAPT action was happening, and I should drive the two hours to join them. ADAPT is a group of disability rights activists. Eleanor said the plan was to picket a nursing-home convention, disrupt a bunch of CEOs using their monopoly on Medicare funding to guzzle poolside parasoled drinks. I found the Orlando hotel where ADAPT was staying. The lobby glittered with chandeliers as if to greet heads of state. Under the glow were two hundred people in wheelchairs. Electric models with space-age controls scurried past hospital clunkers. Some were manuals exactly like mine. There were electric scooters of all sorts. People moved themselves all sorts of ways. Palms leaned on a pad, mouths moved a stick, gloved hands gripped wheels, fingers clutched a bar, elbows shoved against a plate, or maybe someone was pushing the wheelchair, but they were all moving. A grizzled, sullen, toothless old man with what hair he had left pulled back into a grey string of a ponytail drooled without shame. He wore the same red ”Free Our People” T-shirt that Eleanor did. “We sprung him from a nursing home and into home care just before they killed him,” she said. ”He’s our poster child.” We laughed. She and I both had polio young and were once the adorable girl type of poster child. A bull-horned shout told us to line-up.

Our cell is bright. Fluorescent tubes hang from the ceiling. They and the cameras stay on all night. The bunks are a freshly painted yellow. The vinyl mattresses are green, and the toilet in the corner is a silvered chrome. The blankets are shades of gray. So are the sheets. We are all in blue, the guards in beige, and the nurse in white. Jennifer’s wheelchair is Day-Glo pink.

Caroline is telling her jailers how to touch her, how to put her in bed. Her body is small. Her chest bone is large and bowed. She has movie-star eyes, and her arms make delicate gestures. I’m watching from the next bunk.

”Don’t lift me by my arms or shoulders. Reach around my middle and then under my rear end.” Her fingers point around her body to emphasize her instructions.

The guards shift this way and that to search for a less awkward angle. Their legs set in place, and Caroline’s body disappears into their arms as they reach over her wheelchair with great care and lift. They step to the bed and lay her down. From behind them, I hear her.

”No pillows in jail,” one of them states and then folds a blanket and holds it up.

”That will work.” Caroline’s voice reaches out of the sheets. ”Put that one between my legs and get another for behind my knees.”

The rest of her instructions are quiet and practiced. The guards bend lower over her bed.

”I’ll need to be re-positioned later.”

The women cover her with a blanket and turn toward me to leave. Their faces, one brown and one white, are wide open with emotion. Not pity or disgust or resentment—I can recognize those. This is less familiar.

Sandra Gail Lambert’s memoir and fiction have appeared in New Letters, The Weekly Rumpus, the North American Review, Arts & Letters, and elsewhere.  Her debut novel, The River’s Memory, will be released in August/2014 from Twisted Road Publications.