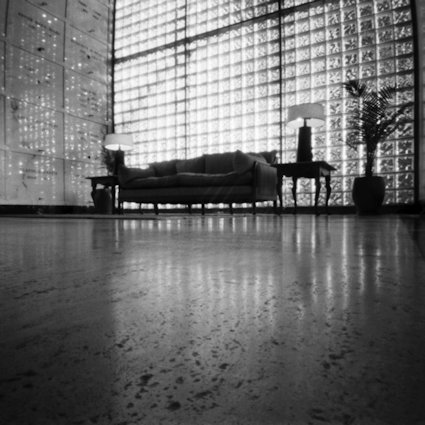 In the cremation chamber, a solid wall blocked us from the furnace. This was new, I heard, as it used to be that the furnace was in plain view. Perhaps the sheer horror of watching a loved one turning into ashes had led to the change. On the wall, a small, low window opened to the idle conveyor belt, on which my mother’s coffin waited. Three cremation workers stood by the coffin. One of them, a woman, said that it was a “custom” to set off a chosen number of firecrackers to send the deceased “along the road.” This again was new, lighting firecrackers inside a room. Tradition is an ever-changing concept, especially in clamorous China.

The number could be our choice from 6, 9, 11, or 13, the staff member advised. There was a meaning associated with each number: “6” meant “smooth sailing with the wind”; “9” meant “long, long time”; “11” meant “a safe and pleasant journey”; “13” meant “soon to heaven.” Each of the numbers, except “13,” has a Chinese pronunciation that makes it a pun with the assigned meaning. The prices increased steeply with the numbers; the request for extra cash at the last step of a prepaid funeral service was unexpected, impossible to decline. We chose 11.

“We will make sure the ashes hold nicely to the shape of the body,” the female staff member assured us after taking the money. I winced at her words. Eleven firecrackers sputtered and banged, the explosive sounds deafening in the small room. The conveyor belt began to move slowly, white smoke curling around it. My mother’s coffin disappeared into the opening. The window closed.

Outside was still dark. My siblings and I were ushered away along a dimly lit path to a waiting room. The day was about to break for us but not our mother. It is better to have the first cremation of the day, my younger sister said, because the furnace is clean. It is better that the view of the furnace is blocked, she again said. She had been with our mother at a crematorium for a relative’s funeral the year before; through a glass wall, she could see the fire swallowing the body. It left her in a void.

We sat quietly in the waiting room, talking little. A couple of hours later, in the bright sunlight of the new morning, someone came to notify us that Mother’s ashes were ready for collection.

I hesitated before stepping into the cremation room again. A metal board the size of a door lay on the conveyor belt. As promised, on the board rested ashes in the shape of a complete body, with the skull carefully positioned. For a second, I was in a trance. Is that my mother?

The female worker, putting on white gloves, asked if we were “satisfied” with the shape. She paused at our silence, and then swept the ashes into a bag, leaving the skull. She carried the bag to a table against the wall, and used a small, rubber hammer to gently pound the rough remains, so they would fit in the rosewood cinerary case we’d brought. When she finished, she cupped her hands to funnel the ashes into the case, and then picked up the skull and placed it on top, right in the center. I watched her close the lid of the case in slow motion, and worried that she might accidentally fracture my mother’s skull. __

Xujun Eberlein is the author of Apologies Forthcoming, a critically-acclaimed story collection. Her personal essays have won several awards and been noted in The Best American Essays and The Pushcart Prize anthologies. She is currently finishing a memoir set in China.