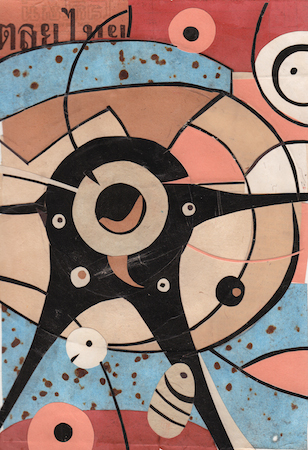 When we played war as boys, we never died. Dead was a reset button, a do-over, a quarrel over who killed who. Maybe we played fair. Maybe we dropped our toy guns and crumpled on the grass, clutching with grunts like gut-shot movie soldiers. Grimaced and closed our eyes, but only just. Through the curves of a squint, a summer sky blue and infinite, heavy with the raucous shouts of the other boys.

All those close calls. That time in Afghanistan the SUV drove past the white rocks and into the red ones—white all right, red is dead—a local in the backseat jabbering jib. What did he say? Translator: “He say, WE ARE DRIVING INTO MINEFIELD.”

When we played war as men, the wounded on their backs—they called our names, their mothers’ names, the names of all gods past and present. We crammed wads of cloth into gaping cavities. Wet organs slipped past blind fingers. Flesh grew purple, distal to the tourniquet. We clenched fists, held hands as warmth fled. Pounded on sullen chests.

Baghdad to Balad on Route Tampa. My little white truck passing another Army supply convoy, a semi rig swerved out and sideswiped the truck. Pushed until he pinned me to the median. My driver frozen to the wheel by the sound of metal crumpling. Soldier atop the rig swiveled the .50 cal at my head. I waved a bright orange flag over the dashboard, a last ditch olly-olly in come free. The semi backed off, a breathless release. It’s all fun and games until some soldier mistakes you for a suicide bomber.

MEDEVAC alert next to the piss tubes at Tarin Kowt, Afghanistan. The radio erupted. I ran underneath the whumping rotors into the helicopter cabin. The black night exhaled, then inhaled. The helicopter lifted off, flew through hazy darkness, arrived overhead the LZ. Down there: two patients. The pilot rolled the dice, pressed a yoke, and 176 pounds of flesh and blood plunged eight tons of metal and fuel toward the ground. The LZ responded and unleashed a mushroom envelope of dust. Nothing to see but faint stars through the spinning rotor. The ground rushed up all wrong. It moved not front-back but left-right. I thought, five knot left drift. The wheels hit the ground.

Paths of intersection—how close was close? Close enough to call; not close enough to conclude. Our hands still cool from the touch of the lifeless, life inexplicably dragged us forward. And when it placed us on the brink, it offered what we thought were our epitaphs:

The helo tipped upright, bounced, and settled. Pilot pulled a lever and the amputated rotors screeched to a stop. Lips drawn, eyes narrowed into a grimace, I tasted chalk. Breathed dust in, then out. A brief pause, a small quiet. A call from the grass of youth: do-over.

Matthew Komatsu is a currently serving veteran of the wars in Iraq and Afghanistan. He is enrolled in the University of Alaska’s MFA program and has published in The New York Times, Foreign Policy, and War, Literature and the Arts. The essay above is the view of the author alone and does not reflect official policy or position. You can follow Matthew on twitter: @matthew_komatsu