Who’s Buried in Grant’s Tomb?  Everybody. 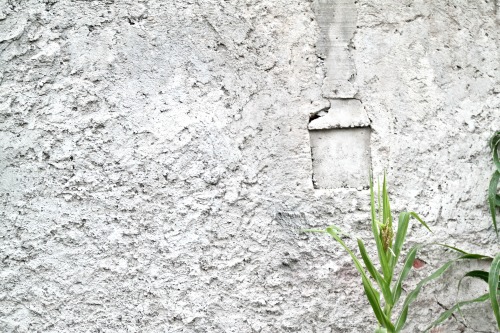 The snow was falling as I climbed the long stairs. There, beneath the spectacular dome of America’s largest mausoleum, I found— nobody.

No one except a single ranger from the U.S. Park Service, that is, whom I found quietly reading a novel.  He looked up at me with an expression similar to that of the Knight in Indiana Jones and the Lost Crusade, who gazes upon Harrison Ford,  the first mortal he has seen in over 1000 years, and says, “I knew you’d come.”

I bit my tongue, trying to avoid giving into the almost unbearable urge to ask, “Hey! Who’s buried in Grant’s Tomb?”

Over 200,000 people visit Grant’s Tomb every year, which is impressive, until you compare it with the Lincoln Memorial, which is visited by over 6 million.  When I lived in Washington, I loved going down to the memorial and gazing upon Lincoln upon his throne, sometimes in the middle of the night.  He stares down upon us like the High School Principal of All America, with that look that says, “I’m not angry.  I’m just very, very disappointed.”

So who’s buried in Grant’s Tomb? One of the two possible correct answers, as it turns out, is: Julia Grant. Born in Missouri in 1826, Mrs. Grant was known for restoring a spirit of grace and levity to the White House. It is said that she threw great parties, and no wonder: after the terrible war, Johnson’s impeachment trial, and Lincoln’s assassination, the nation was ready for a little high-kickin’.

For me, there are two other remarkable facts about Mrs. Grant.  First, she was the only First Lady to have crossed eyes.

There was some talk, when her husband became president, of having an operation to have them fixed.  Which leads to the second fact.  Ulysses told her not to bother.  Because he liked them better that way.

During the war, Julia Grant, like a number of Civil War wives, followed her husband on his campaigns, including the siege at Vicksburg in 1863, exactly 100 years before Martin Luther King stood upon those marble steps in Washington.

There was another soldier at Vicksburg that summer, an Irishman named Albert Cashier, who served with the 95th Illinois Volunteers.  During the siege he was captured by Confederates, but escaped when he managed to snatch a gun away from his captors.  Cashier was remembered by the men he fought with as a quiet, brave man.

But Cashier had been born as Jennie Hodges in Clogherhead, County Louth, Ireland, in 1843.  He served his country, and lived his life, as a man. The secret of his birth sex was not discovered until late in life, when a nurse examined him, and then breathlessly exclaimed, “He’s a full-fledged woman!”

But Cashier’s comrades—as well as the U.S. Army—begged to differ.  What he was, was a full-fledged hero, and a full-fledged man.  He was buried in October 1915 with full military honors, in the uniform of the Grand Army of the Republic.

I do not know how many people each year visit Cashier’s grave in Saunemin, Illinois, but surely his plot is no less hallowed than that of Ulysses or Julia Grant, or even, quite frankly, the Lincoln Memorial itself.  There are all sorts of ways of serving a country.

The Mayor of Saunemin, Illinois, Bob Bradford, gets a little antsy if you start calling Cashier “transgender.”  In a 2011 interview, Bradford explained the story this way: “Back in those days, a woman could not make a good dollar by being a housekeeper or doing laundry and so forth. But a woman could get three squares a day, and could make a good salary by serving in the army. So I think that was the reason. I don’t think it had to do with cross-dressers (sic).”

Whatever Cashier was up against in the nineteenth century, plenty of trans people are still up against it now.  It’s not impossible to imagine many of us ending our days the way Cashier ended his: Confined to a mental institution, Cashier was forced to wear skirts; unaccustomed to the awkward, restrictive garments, he fell and broke a hip. He never fully recovered.

One-hundred fifty years after the end of the Civil War, the US Department of Defense still prohibits transgender people from serving openly in the military.  The fight for civil rights begun at Fort Sumter continues to this day, and as historian Barbara Fields famously observed, that fight “is still to be fought, and regrettably, it can still be lost.”

I left Grant’s Tomb and stepped out into the New York winter.  The snow was still coming down.  I thought about the contributions of men and women, straight and cis, to the history of this country. I thought about Albert Cashier, American hero, in a mental institution, surrounded by people who thought of him as female, and the damage done to all of us when we fail to see people with the dignity they deserve.

Those doctors surely thought they were helping to “fix” Private Cashier, just as cruel people have been attempting to fix all kinds of unbroken Americans throughout our history.

Albert Cashier didn’t need to be fixed. What a blessing it might have been, had someone had the courage to say, just as Grant said to the woman he loved, “I like you better this way.”

Jennifer Finney Boylan, author of thirteen books, is the inaugural Anna Quindlen Writer in Residence at Barnard College of Columbia University. She also serves as the national co-chair of the Board of Directors of GLAAD, the media advocacy group for LGBT people worldwide. She has been a contributor to the op/ed page of the New York Times since 2007; in 2013 she became Contributing Opinion Writer for the page. Jenny also serves on the Board of Trustees of the Kinsey Institute for Research on Sex, Gender, and Reproduction. Her 2003 memoir, She’s Not There: a Life in Two Genders was the first bestselling work by a transgender American. A novelist, memoirist, and short story writer, she is also a nationally known advocate for civil rights. She lives in New York City, and in Belgrade Lakes, Maine, with her wife, Deedie, and her two sons, Zach and Sean.