You Will Find Me in the Starred Sky 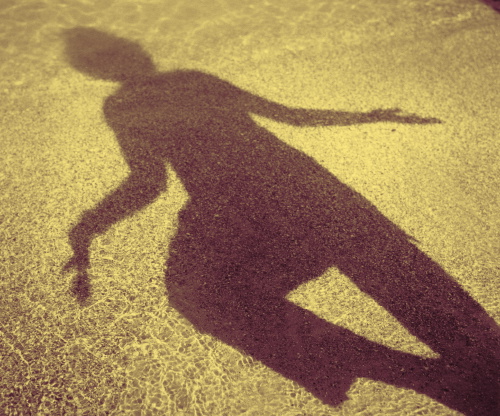 One day you will hear a physicist say we are all made from the bodies of dead stars, and it will feel as if you’ve known it all along. You’ve long suspected there are particles in space bigger than you were at age three, when Ray went after you with his pants around his ankles and a gun to your head. Thirty years later, you can’t speak to the choice a man makes to change one little life forever. You can only say of the life you’ve lived: it’s still worth it.

As a teenager, when another of your mother’s boyfriends spends a year psychoanalyzing you on the living room couch. You, rolling tight little cigarettes from that perpetual tin of Drum and lining them up on the armrest for him to chain-smoke. Except for the ones that disintegrate in your hands, soaked through with tears. Those you pull apart, stuff into a new paper, and roll again. Him saying, You’ll never be ok. You were damaged too young. You need to accept that you’ll never be ok.

When he convinces your mother you are a danger to her. It’s all that pent-up rage and abandonment, he says. Those unidentified and untreated anxiety attacks that leave your classroom walls melting. They send you away. Fourteen years old, working nights to pay rent, staring down an hour-long bus ride across Anchorage for school twice a day. The ice on the bus window never seems to melt. One day you scratch in it I am ok, frost peeling up under your fingernails. You write it backwards, so the world will see what you know.

In your twenties when you tell your horrified boyfriends, “Look, that was only a part of my life. It doesn’t own me. I’m not the girl with the gun to her head anymore.”

Then, in your thirties, when you find out it does own you. A little. In subtle and surprising ways. Like the way you live with two selves: the competent, intelligent, compassionate, strong woman who makes things happen, and the hollow, terrified, abandoned child who Ray called worthless and stupid as he glared at you from his one good eye while pressing a hand to the other, just an empty socket under an eye patch.

You remember the way a gentle tease on the playground sent you rabbiting down tunnels of blind panic after that, the ghost of his voice echoing off the walls. You think you’re so clever, don’t you? His hate. Your powerlessness. The loneliness.

You thought I wouldn’t notice you? The way you look at me? What a little slut.

You remember when the nervous tics started in first grade. Tourette’s Syndrome it would’ve been called, had it ever been diagnosed. Snorting, coughing, throat clearing, neck-twitching misery that drew playground bullies like eagles to a spawning river. The way you trained yourself to only let the noises out a little at a time as you got older. The way getting a cold means three weeks of talking yourself out of snorting in public, even all these years later.

You break teeth and dislocate your jaw in your sleep. Grinding, your dentist says. But: There might be more to it, your hypnotherapist says when you go in to quit smoking. So you regress to your three-year-old self and remember the first time you bit down. You were waiting for Ray to come back. You were ready to bite his throat out. Ready to protect yourself and your sister, one year younger, and you knew he would kill you for it. He never came back, but there you were with your jaw clamped ever after.

Even when you look up into a winter-black sky somewhere in the Chugach Mountains thirty years later and the heartbreak of it all seems hardly worth the effort of another tomorrow, you know it is. Ray warped the weave, and still you wove yourself whole out of remnants. You can let go of the thing that owned you. Your gratitude is a gift you give yourself.

You think maybe it’s enough to know the great void of space will receive you in any condition. Ashes to ashes, star dust to star dust.

Keema Waterfield was born in a trailer in Anchorage, Alaska the year John Lennon was shot, smallpox was officially eradicated, and the first Iran-Iraq War began. Her work has been published in Pithead Chapel, Redivider, The Manifest Station, Understory, and Mason’s Road. She received her MFA in Creative Nonfiction from the University of Montana and is currently at work on a memoir recounting her childhood adventures performing alongside a revolving cast of folk-hippies on the Southeast Alaska folk festival circuit.