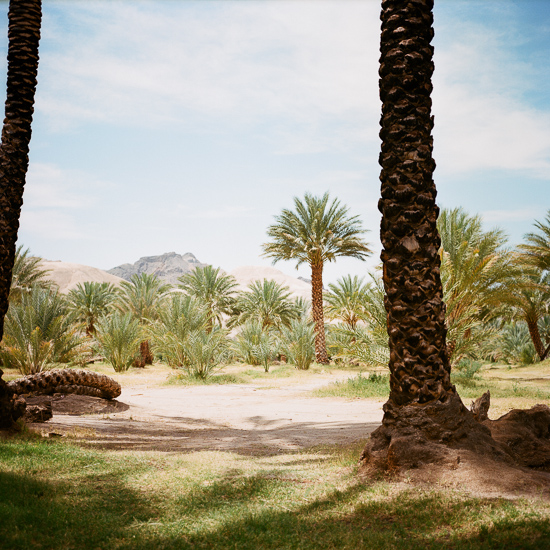 The table was set with all seven dishes stacked at the head of the table where my father sat. Everyday stoneware for weekdays, china on Sundays. Hot pads, to protect the plastic tablecloth that protected the vinyl table covers that protected the wood surface, likewise were only in front of his place. When the serving dishes (very seldom a pot straight from the stove) were put on the table, we were all already seated, three on one side, two on the other, and Mom at the other end. Dad dished the food onto each plate, starting with the youngest. For any solid meat other than pork chops or chicken, he would have to carve it first, right there at the table, then he put portions onto each plate, one at a time. Even steak was sliced and doled out, followed by the vegetable (often exotic ones like eggplant, artichoke, or squash flowers), and potato or rice. He passed each plate to the nearest of us, who passed it along to its intended. Usually he would say the name of whosoever’s plate it was when he first passed it, even though it seemed to always go youngest to oldest, so he could keep track of portions. It’s not supposed to sound like a scene from Charles Dickens. We were allowed to talk, even ask for another serving. We also had our manners corrected, sometimes our opinions too. After the main course came salad, which he tossed—adding the oil and vinegar—and served the same way he had the meal. With both the main meal and the salad, but more the salad because it was always tossed, he had to be aware of which parts some of us would not eat, and decide if the battle was worth waging. He’d long stopped trying to get me to eat liver or fresh tomato. Dessert might be served in the kitchen (usually ice cream) and brought in by our mother. But a few times a year, we had a whole fresh coconut for dessert. My father asked the closest one of us to hold the coconut steady while he used a hand-crank wood drill to bore two holes through the shell, in the natural indentations that seemed made for this purpose. He poured the milk directly from the coconut into seven little dishes. Mysterious how he knew how much milk the coconut would hold, but it never ran dry before the seventh dish received its portion. Then, holding the coconut in one hand, he wielded a hammer to break the shell like an egg. From the two halves, he used a long knife to pry out jagged irregular selections of white meat lined on one side with the brown casing of the shell. He put these pieces into the dishes with the milk and passed them around. Silverware had all been cleared from the table after the salad. We crunched the coconut and sipped the milk directly from the dishes. Then Dad pried additional pieces from the shell and offered them to whoever wanted more, reaching down the table with glistening white coconut meat speared on the end of his knife. We plucked chunks off the blade with our fingers.

Cris Mazza’s newest title is a hybrid memoir titled Something Wrong With Her.  She has sixteen other titles including her most recent novel Various Men Who Knew Us as Girls. Currently living 50 miles west of Chicago, she is a professor in and director of the Program for Writers at the University of Illinois at Chicago.  She can be found online at www.cris-mazza.com.