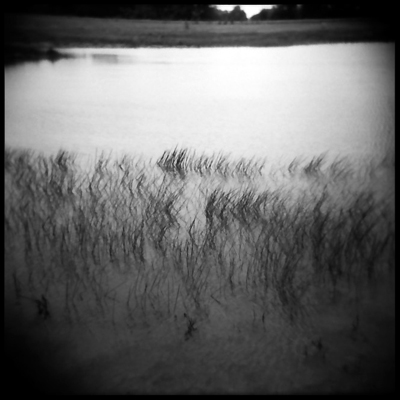 Professor Stevens dislikes donuts; the icing gets stuck in his beard. Fridays he breakfasts at Burger King before heading out to the lake, where he smokes cigarettes on the shore and ignores his wife’s phone calls. He idolizes James Dickey. He’s no good at fiction. The Department Chair’s out to get him.

He strolls into his classroom wearing his uniform—faded black jeans that sag in the rear and a worn fleece pullover. He slings his bag onto the table up front and checks his watch—he’s five minutes late, as usual. The students are already seated, and he surveys the assembly. In the back row a girl scribbles furiously in a fancy journal. Against the far wall a young man in sweat pants and a Minnesota Twins hat snores quietly—his desk empty, except for his head. In the front row Stevens spots Dana, the notorious overachiever, pretending to read Finnegans Wake.

Plastering on a smile, he welcomes the students to Intro to Creative Writing and orders them to take out a pencil and notebook. The kid in the Twins hat scrambles to borrow a pen from the girl sitting next to him.

“Write down the name of your favorite poet and five things you know something about,” Stevens commands. “You have five minutes.”

He watches the assortment of faces—some intently focused on their lists, others panicked, staring at blank sheets of paper. A girl near the door smacks her gum and gazes up at the clock.

After five minutes, he asks for volunteers to share their lists. Dana’s hand shoots up. She’s happy to be there.

“My favorite poet is T.S. Eliot,” she says. “He’s so wonderfully complicated.”

Stevens scowls and shakes his head, stuffs his hands in his pockets, and mutters something under his breath about the “catastrophe of modernism” before turning toward the chalkboard. He digs a piece of yellow chalk from his bag and scrawls on the board: WRITE WHAT YOU KNOW. He knows Sioux City, Iowa. Pole Vaulting. Cattle and blonde bank tellers. Another hand emerges.

“Professor Stevens, uh, I grew up on a farm. No one wants to read about that. My hero is Hunter S. Thompson.”

“Yeah. Over by Bowdle. Fear and Loathing changed my life.”

“Uh huh. Have you ever dropped acid Bobby?”

“Ever been on a road trip?”

“Any plans to one day have your cremated ashes shot from a canon?”

“Huh. Uh, hadn’t really thought about it. That’d be pretty sweet though.”

The kid in the Twins hat smiles and nods at Bobby approvingly.

“Okay, so, for stuff I know something about I put ‘post-modernism,’ ‘Family Guy,’ I’m taking a class in logic so I put ‘deductive reasoning,’ uh, ‘poetry,’ and ‘asstetics.’”

“What was that last one?”

“Asstetics. You know, beauty and stuff.”

Dumbfounded but hardly surprised, Stevens shuffles back to the table in front of the room, noisily pulls the chair out, and plops down into it. He stares out the window that faces the street; it’s a still December night—no traffic, no sirens, no obnoxious noise or light. Across the street, a string of colored Christmas lights wrapped around a porch railing glow beneath a blanket of thick snow. He’d rather be on the can reading Richard Wilbur. He turns back to the class.

“Your first assignment is to write a poem about corn.”

The girl in the back looks up from her journal. Bobby furrows his eyebrows. The kid in the Twins hat quickly writes down the assignment, CORN, at the top of his single sheet of paper.

“But Professor Stevens, I want to write complicated poems.”

Stevens picks up his chalk and turns back to the board: CORN IS COMPLICATED.

“You can go ahead and get started.”

Dani Johannesen is a third-year PhD student at the University of South Dakota.  She works as circulation editor of South Dakota Review and as an editorial assistant for Best of the West 2010: New Stories from the Wide Side of the Missouri.  Her work has appeared in Western American Literature, Oakwood, and VLP Magazine.