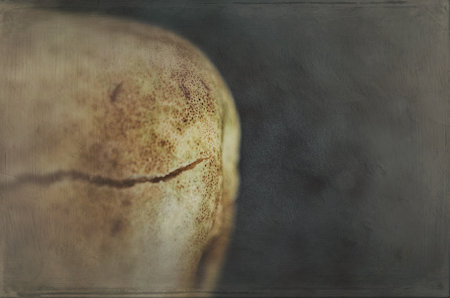 Endings to be useful must be inconclusive.

In the documentary short The Lion’s Mouth, Scottish actress and director Marianna Palka decides to get tested for Huntington’s disease. The condition runs in her family; it doesn’t walk.

Doctors describe the disease as akin to having Alzheimer’s, Parkinson’s, and ALS simultaneously. Imagine going to the racetrack and picking the last horse in the first three races: that’s the Huntington’s trifecta. You lose control not only of your emotions but also your limbs.

So many people end up committing suicide after learning they have Huntington’s that you must sign a waiver before the augury can begin.

The narrative structure of The Lion’s Mouth is brutally simple: either Palka has Huntington’s, or she doesn’t. There’s a fifty-fifty chance. Not having it can’t be bad and having it can’t be good. It’s surgery without complications and without anesthesia. The ending, a two-bit dictator, rules.

With Huntington’s, your body is like fascist Rome: Mussolini squats inside, and the genes run on time. When you become symptomatic depends on the number of CAG repeats in the protein on chromosome 4. Everyone has the Cytosine-Adenine-Guanine trinucleotide, but with Huntington’s, repetition gets out of hand (and arm and leg and mind).

It’s like a jazz musician fallen asleep at the saxophone. The blow goes on and on: CAGCAGCAGCAGCAGCAGCAGCAG… The tail of this musical kite expands until the very riff plunges into the sea. With Huntington’s, actuarial science is a breeze.

If you have thirty-nine [CAG repeats], you have a ninety per cent probability of dementia by the age of seventy-five and will on average get the first symptoms at sixty-six; if forty, on average you will succumb at fifty-nine; if forty-one, at fifty-four; if forty-two, at thirty-seven; and so on until those who have fifty repetitions…will lose their minds at roughly twenty-seven years of age.

Ridley adds, “No prophet in the Old Testament… ever pretended to tell people exactly when their lives would fall apart, let alone got it right.”

Of the film, a friend says, “Please don’t ruin it,” but Palka’s already done that. She’s given herself away; she’s married the future.

Last night, I dreamt that I was calling Menards. The automated voice said, “Press 1 for tragedy; press 2 for ordinary despair.” “I just want garden mulch!” I yelled and then woke up.

Woody Guthrie’s son Joad waited two years to learn the results of his test—he was that afraid. If such results fall in a lab and no one hears them, is the geneticist crushed?

Palka insists she has things she wants to do. The hospital’s a theatre, and her diagnosis, a followspot on time.

Just east of town, a hundred turbines went up along I-80, each spaced equidistant from the other. A chessboard with rooks and only rooks, either protecting or attacking a queen. A kind of outdoor hospital where the patients tend mammoth wind-corn and soybeans to earn their keep. It’s worse than a sheltered workshop: the employees—let’s call them “associates”—are bolted to the ground.

The Nazis referred to those with Huntington’s as life unworthy of life. Instead of “euthanizing” such people, we now stare at, pity, and institutionalize them. We also tell them not to have children.

Last week, as I drove through this unholy vortex, this ward, the sky rained down birds. It was as if the patients were hurling snowballs at visitors or God had grown tired of winged minions. A goose landed on the truck in front of me, pollocking it red. Crows, hundreds of them, kept ending the highway sentence. Period. Thump. Period. Thump.

My windshield was a movie screen: the “Book of Revelation” in glass. Here is a call for the endurance of saints…

Today at the cardiologist’s, I read an automotive magazine:

A spoiler increases gas mileage by allowing air to move easily over and around the car, and it increases traction by producing a downforce without adding weight. This way you feel lighter while still gripping the road.

Ralph James Savarese is the author of two books of prose, Reasonable People and See It Feelingly, and three books of poetry, Republican Fathers, When This Is Over, and Someone Falls Overboard. His nonfiction has appeared, among other places, in Fourth Genre, New England Review, Ploughshares, and Salon.com, and he has twice received “notable essay” distinction in the Best American Essays series. He teaches at Grinnell College.